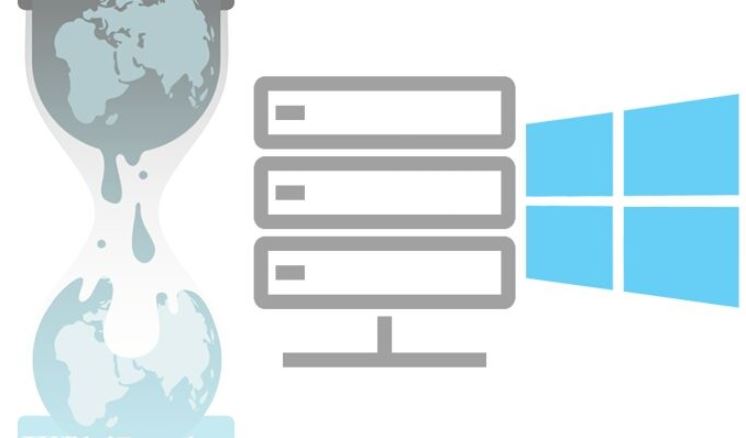 Founded by its publisher Julian Assange in 2006 the group has so far published more than 10 million documents and associated analyses from anonymous sources via its website, wikileaks.org. Assange said the site is intended to be a “giant library of the world’s most persecuted documents” (Anon., 2016)

The Podesta leaks significantly damaged Clinton’s reputation and detrimentally affected her candidacy as they revealed her deep ties to foreign and Middle Eastern countries via the Clinton Foundation, speeches to Wall Street banks as well as revealing that her campaign was aware that Saudi Arabia and Qatar were funding ISIS.

While critics argue the leaks are invasions of privacy, others believe WikiLeaks to be doing a great service, acting and performing the task the media ought to be doing.

Cyberbully or Champion of Democracy?

Transparency and accountability are the lifeblood of any functioning democracy and access to information is fundamental to its wellbeing. The more introverted a government becomes, the more distrust it creates between it and the people it represents. This has been WikiLeaks calling, its stated goal being: “To bring important news and information to the public… one of our most important activities is to publish original source material alongside our news stories so readers and historians alike can see evidence of the truth” (Anon., 2016).

We can only judge a tree by its fruit and therefore we must look at the information WikiLeaks has leaked and evaluate whether it has served the public interest. The early leaks gave insights into corporate and official abuse on a scale never seen before, exposing the secret web of corruption by the family of former Kenyan leader Daniel Arap Moi (which saw them siphon off more than £1bn of government funds) and telephone intercept recordings of Peruvian politicians and businessmen involved in the 2008 Peru oil scandal.

WikiLeaks went on to release a number of significant documents dumps which have become front-page news stories, having enormous ramifications and significantly influencing political processes.

Some of the notorious leaks via Private First Class Chelsea (formerly Bradley) Manning included video showing a US Army Apache helicopter in Iraq firing on a group of people who turned out to include journalists from Reuters – a war crime. War logs from Afghanistan and Iraq exposing how numbers of civilian casualties were much larger than the US had previously reported and US State Department diplomatic cables revealing alleged war crimes, prisoner abuse and extraordinary renditions.[1]

According to Bill Quigley, a law professor at Loyola University New Orleans, the United States has been moving in the wrong direction for years by classifying millions of documents as secrets. In the aftermath of 9/11, The USA Patriot Act was rushed through Congress and granted the National Security Agency (NSA) secret authority to continue spying unabated. 9/11 gave George Bush the perfect pretext to ramp up the use of state secrets and while Barack Obama pledged to reduce this policy when in office he continued the tradition of his predecessor and continued to label millions of documents secret.

“Embarrassment and discomfort are small prices to pay for a healthier democracy”, Quigley says, “WikiLeaks has the potential to make transparency and accountability more robust in the US. That is good for democracy” (Quigley, 2010).

But there are also serious concerns about which documents the group chooses to release and how they are released. WikiLeaks likes to release some in a drip drip fashion (US election) for maximum exposure and in July they tweeted a link to a trove of Hillary Clinton related emails which were selected in terms of their relevance to the Iraq War – timed to precede the release of the UK government’s Iraq Inquiry report (Devaney, 2016)

Critics also asked why hack the DNC and not the RNC during this presidential cycle? The answer to this may be quite simple and investigating it actually helps us understand the organisation that bit more.

WikiLeaks itself is not a vigilante hacker organization like “Anonymous”, who actively pursue distributed denial-of-service (DDoS) attacks on certain government, religious, terrorist and corporate websites. While WikiLeaks certainly collaborates with hackers, it acts as a medium to disseminate information from hackers, insiders and whistle-blowers who see WikiLeaks as the safest and best way of releasing their materials

For example Assange indicated the DNC leaks came from DNC staffers who were deeply upset with Hillary Clinton’s campaign colluding with the party’s establishment in helping her win the party’s nomination (Stanton, 2016). Perhaps the RNC was targeted but had better security in place? John Podesta’s Gmail account was hacked by a simple phishing ploy whereby he was tricked into changing his password to “p@ssw0rd”.

Additionally, Podesta lost his cell phone in 2015 and it is unclear whether he took proper security measures to secure his data (Podesta, 2016). Trump had no tangible political structure set up within the RNC prior to his decision to run. His campaign operations were largely coordinated via an inner sanctum of close friends and family, thereby drastically reducing the chances of any leaks.

And according to Assange WikiLeaks had not received information on Donald Trump’s campaign, or other campaigns but would have published them if submitted.[2]

For WikiLeaks to be regarded as a cyber-bully is to view the Fourth Estate or any investigative journalistic entity seeking better governmental accountability for that matter as the same. Nevertheless while the media holds itself to certain journalistic standards WikiLeaks appears to play by its own rules, functioning outside of the law because its role is facilitator rather than journalistic in nature – it is raw, unedited and therefore arguably more transparent with no spin.

There are claims that because WikiLeaks has revealed sensitive information it has put people in harm’s way. Moreover for it to be a bully, it necessitates innocent victims being persecuted persistently.

The vast majority of its leaks have focused on the organisations stated goal of transparency, for which it has been tremendously successful. There is no other organisation in history that has exposed such vast amounts of corruption, crimes and misuse of power. Those who have been exposed have held positions of power and what has been released has been in the public interest.

There have been innocent victims and there are legitimate questions surrounding the necessity of releasing certain, non-relevant and private data. WikiLeaks has been criticised for not doing enough to screen sensitive information found in documents released via the site.

An investigation by the Associated Press found the names and addresses of teenage rape victims, people who have suffered sexual abuse, and information about individuals suffering mental illness in documents released by WikiLeaks (Michael, 2016). Human rights groups have asked WikiLeaks to do more to censor information found in documents fearing reprisals against aid workers, activists and civilians named in the leaked data.

However direct evidence of WikiLeaks actions causing actual harm is hard to come by. Furthermore the Podesta emails were sourced from a private email account not a government agency and some of the DNC emails contained personal information of donors, including home addresses and social security numbers and were not government documents but in fact party documents.

The most significant historical comparison of WikiLeaks is the leaking of the Pentagon Papers by Daniel Ellsberg in 1971. Consisting of 43 volumes of a top secret study prepared for the US Department of Defense examining how and why the United States had become embroiled in the Vietnam conflict, the Papers revealed that the US had expanded its war with the bombing of Cambodia and Laos, coastal raids on North Vietnam, and Marine Corps attacks – none of which had been reported by the US media. The effect cemented the “credibility gap” of distrust between US citizens and their government and ultimately contributed to ending the Vietnam War.

Yet, Ellsberg made a conscientious decision to keep confidential the remaining four volumes of the study describing United States diplomatic efforts to resolve the war. (Abrams, 2010). The diplomatic volumes were not published, even in part, for another dozen years and Ellsberg later explained his decision to keep them secret was that he “didn’t want to get in the way of the diplomacy” (Ungar, 1972).

Assange considers the publishing of military documents that included social security numbers of soldiers as “collateral damage” holding the view that it is impossible to censor or edit them, partly because he does not have the manpower to sift through copious amounts of documents, and because in some cases WikiLeaks has no way to contact whoever handed over documents, thus making it difficult to find out what information might prove damaging if they are to be released in a timely fashion. By releasing the information in full he would allow judgment to occur in the open (Anon., 2016)

The release of personal, non-relevant information is regrettable, but certainly doesn’t amount to bullying. In the early days, WikiLeaks took more care thanks to working with newspapers that did the job of removing sensitive information from documents about the Afghan and Iraq wars, today WikiLeaks dumps everything but still compels the media to cover it.

According to a report by The Committee to Protect Journalists (CPJ) President Obama has been on a crusade to subvert the freedom of the press and democracy. Leonard Downie, professor of journalism at Arizona State University (ASU) and author of the report for CPJ said: “Journalists and transparency advocates say the White House curbs routine disclosure of information and deploys its own media to evade scrutiny by the press. Aggressive prosecution of leakers of classified information and broad electronic surveillance programs deter government sources from speaking to journalists” (Posel, 2014).

WikiLeaks policy of total transparency has made it easier and a more viable for whistle-blowers and activists to use WikiLeaks to get information into the public domain. Rather than leaking directly to the press, and fearing exposure and retribution, whistle-blowers can leak to WikiLeaks, which then leaks to the press for them (Light, 2010).

Another one of the organisation’s goals is to ensure that journalists and whistle-blowers are not prosecuted for emailing sensitive or classified documents and thus provide  “an innovative, secure and anonymous way for sources to leak information to [WikiLeaks] journalists via its “drop box” feature on its site (Anon., 2016).

WikiLeaks has unquestionably lifted the lid and shone the brightest of lights on corruption, nefarious and often illegal acts that would have otherwise never entered the public domain. In a world where the government and Big Brother actively spy on its citizens, WikiLeaks has ensured the light is shone back on the watchers and those seeking positions of power. Yes there are some legitimate concerns but in the overall context WikiLeaks has undoubtedly been a champion for government accountability and thus democracy.

The United States is often held up as a beacon of freedom and democracy yet US government surveillance agencies such as the NSA ensure the opposite holds true. America’s Founding Fathers predicated it’s constitution on the notion that citizens not trust its government and distrust of government is fundamentally enshrined in America’s governmental institutions and traditions — government being a necessary evil that needs to be suspect, supervised, curtailed and restrained.

As abolitionist writer Wendell Phillips once wrote, “Eternal vigilance is the price of liberty”, and WikiLeaks provides a conduit to aid that moral obligation.

[1] For a full list of materials leaked by WikiLeaks see https://en.wikipedia.org/wiki/List_of_material_published_by_WikiLeaks

[2]Additionally former UK ambassador to Uzbekistan Craig Murray claims to have met the leakers saying “I’ve met the person who leaked them, and they are certainly not Russian and it’s an insider. It’s a leak, not a hack; the two are different things”. See https://www.theguardian.com/us-news/2016/dec/10/cia-concludes-russia-interfered-to-help-trump-win-election-report?CMP=share_btn_tw