Having moved to New York in September, I finally got a chance to go horse racing yesterday when I visited Aqueduct Racetrack in the South Ozone Park and Jamaica neighbourhoods of Queens, which is about an hour’s commute from where I live. 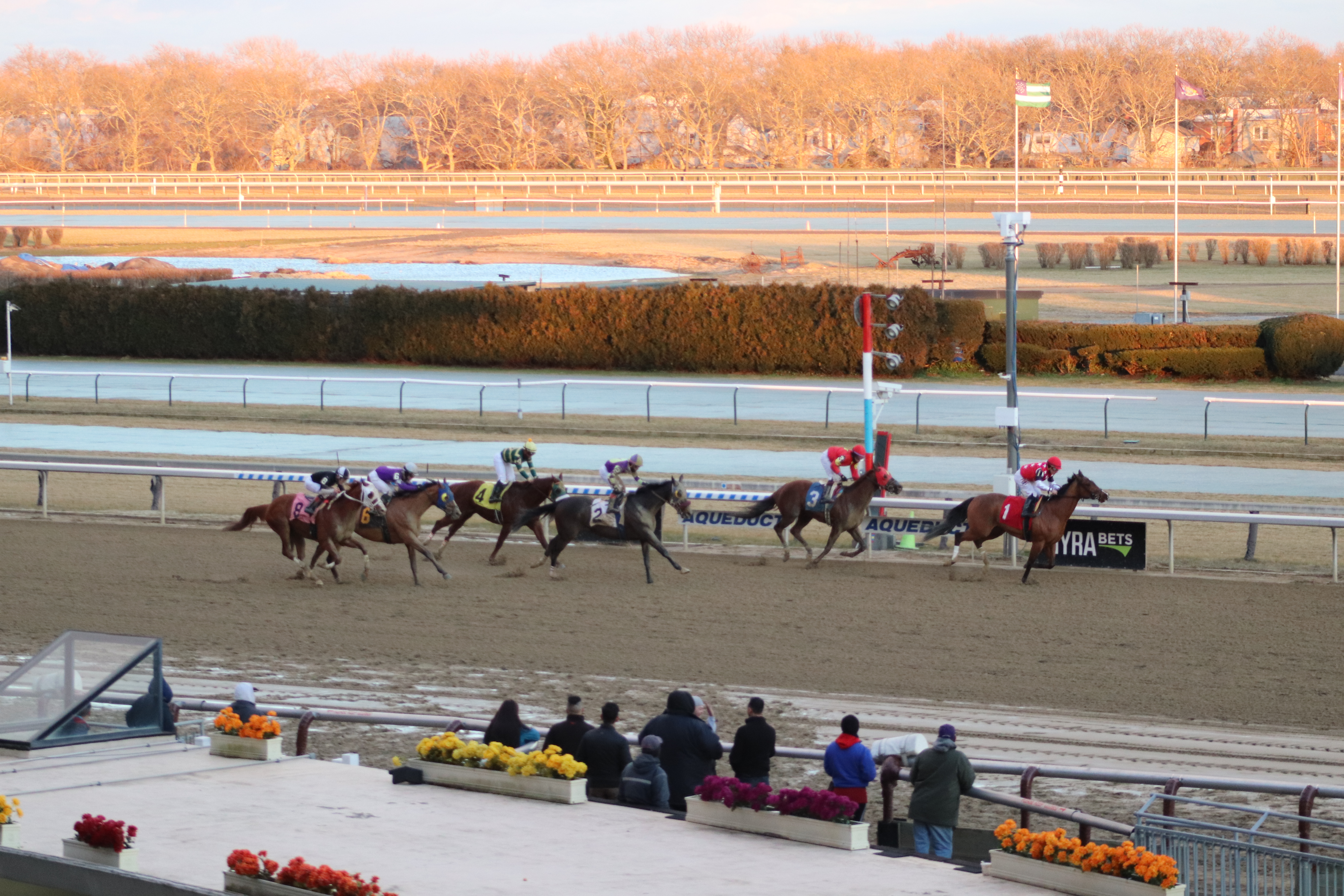 What struck me first on this bright but chilly Sunday race day was the sheer size of the facility. It’s not only a racetrack with a large spectators stand but also doubles up as New York City’s only casino – “Resorts World Casino New York City” which caters for over 10 million guests annually. It’s mostly slot machines with video poker and roulette machines requiring no dealers and the third-floor hosts major entertainment events.

A similar type of complex with a 6,000 sq m casino was touted a couple of years ago in Tipperary but ultimately never came to fruition after it was opposed by some local residents and conservation body An Taisce, which said that it is “ill-conceived” and added that its location would require the redirection of 750m of river waters. The project also faced further hurdles with the introduction of newer gambling legislation.

It was just a regular weekend meet at Aqueduct but there was still a small but solid crowd indoors and the casino was much busier. The track has seating capacity of 17,000 and a total capacity of 40,000 and entry was free which is always a good thing!

One noticeable difference when comparing racing in Ireland to the US is the lack of outdoor betting stalls. While the relevance and size of betting stalls have been declining in the UK and Ireland due to the ever-increasing influence of online betting, they still hold a prominent place at racetracks adding to the intrigue and excitement of the race day atmosphere. Coupling that fact with the cold weather, patrons were much more content staying indoors than venturing out to the track. That being said I’m looking forward to soaking up the atmosphere at bigger meets in the future.

The parade ring too at Aqueduct is quite unique. Craftily designed and situated in front of the grandstand below ground level, it allows for virtually all spectators to look down and view horses before they head out to post. The only downside of this is you can’t get up close and personal as you can in a lot of Irish and UK tracks.

Jumps or national hunt racing is all but non-existent in the US, and racing yesterday at Aqueduct (as always) was on “the flat” and on the “dirt” track with the going described as “muddy” – something you would never hear at home!

Another difference is the big emphasis on sectional times in the US which makes for confusing reading of race cards, I’m much more accustomed to reading worded descriptions of the form book. That being said I don’t think it would have helped me locating the 60/1 winner in the penultimate race!

All in all an interesting experience and I’ll be sure to visit again!