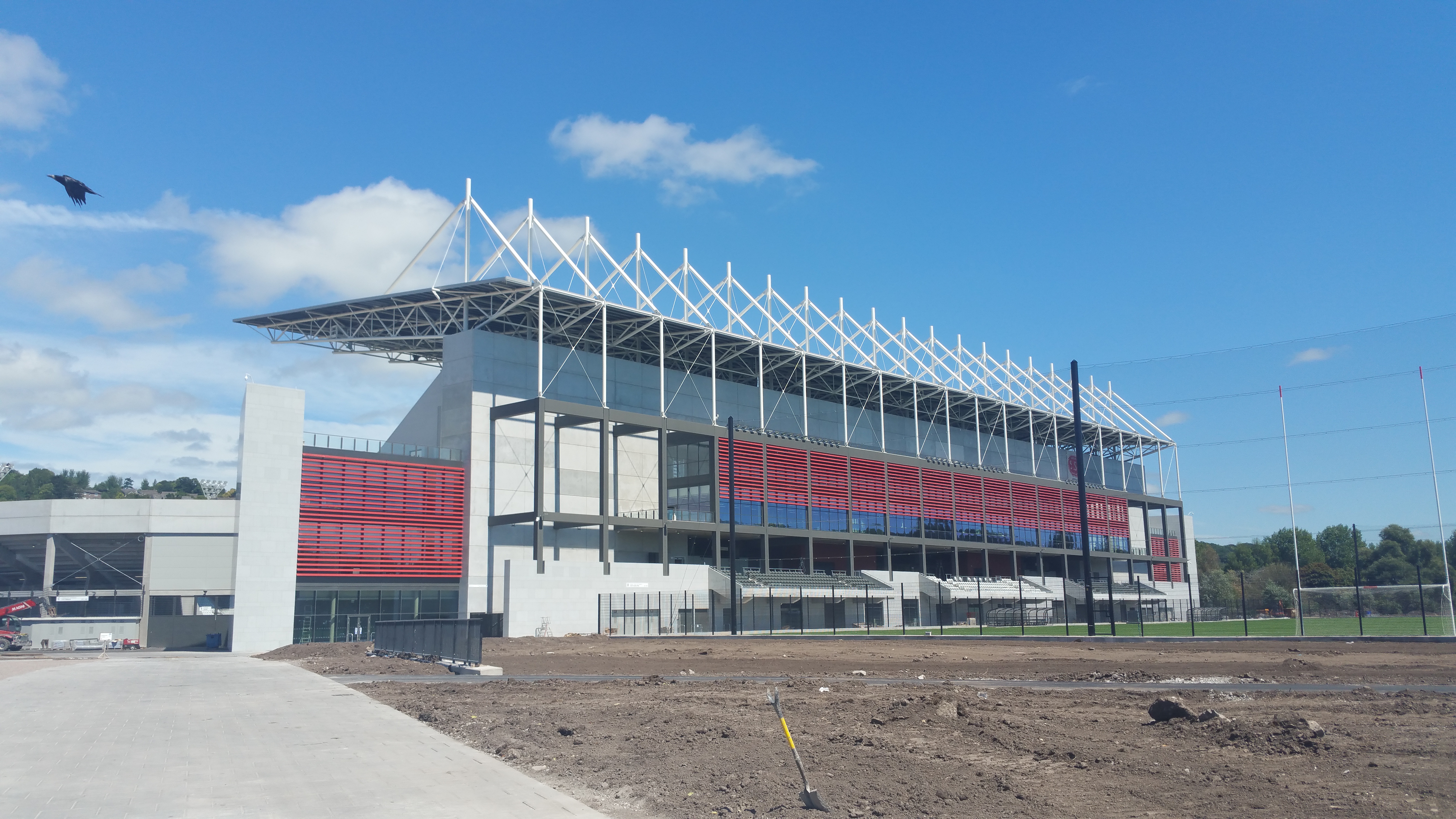 Páirc Uí Chaoimh is a state of the art stadium in Cork City with a capacity of 45,000 people making it the fourth-largest Gaelic games stadium in Ireland and the home of Cork GAA (Gaelic Athletic Association).

Renovated in 2017 for the first time since 1976, I was lucky enough to get a sneak peek inside the new facility on July 16th 2017, before the official opening.

My footage was the first recorded footage taken from inside the stadium upon its completion and my 360-degree view from the centre of the pitch was in fact used by Páirc Uí Chaoimh on their official social media platforms.

This modern stadium hosts top-level GAA matches, concerts and is equipped with 1500 square metres of flexible conference space and also has an adjoining all-weather playing surface.

The venue, often referred to simply as “The Park”, is located in Ballintemple and is built near to the site of the original Cork Athletic Grounds. The stadium opened in 1976 and underwent a significant two-year redevelopment before reopening in 2017. It was named in commemoration of the late general-secretary of the GAA, Pádraig Ó Caoimh.

The video below is a compilation of camera shots and video I took on the day along with some brief footage from the 2018 Munster Senior Football Championship Final between Cork and Kerry.

I was lucky enough to play there on two occasions last year with my club Nemo Rangers in the 2017 Cork County Senior Football Championship Final and replay where we defeated St. Finbars.