They were the middle fingers which sent shockwaves around the world and changed Olympic boxing forever.

Michael Conlan had just succumbed to a points defeat to Vladimir Nikitin in their quarter-final clash at Rio’s 2016 Olympics, even though the Irish fighter appeared to have blatantly outboxed his Russian opponent.

Rumours of dodgy officiating circulating the Olympic village beforehand now appeared true and Conlan looked to have been on the receiving end. Incensed at the decision, the Belfast man spun around the ring with his middle fingers defiantly raised at the judges who bore responsibility for shattering his gold medal dreams.

He then made his way to RTÉ’s live cameras and excoriated the International Boxing Association (AIBA) who were overseeing the tournament in a profanity-laden interview.

While dark forces and dirty politics have always lingered around the sport of boxing, Conlan had just blown the lid off the Olympic version.

In the aftermath, the International Olympic Committee initiated various investigations and, always citing the Conlan verdict, suspended AIBA and the judges who presided over the competition.

The result, however, stood.

Such was the beating Nikitin endured, he wouldn’t make it to the semi-finals yet still returned home with a bronze medal.

On Saturday night at New York’s Madison Square Garden, Conlan has the chance to avenge the “Rio robbery” as the two face off for the first time since their now infamous clash.

“It’s redemption and getting the chance to right that wrong,” said Conlan ahead of the highly anticipated bout. “It’s the story and history behind it. Everybody in life, no matter who you are, has probably been screwed over.

“Whether it’s work or life in general, whether it’s sport or not, it’s to see someone get redemption for something. Judgement doesn’t really come round, people don’t really get that back. The fact that I’m going there I think a lot of people have fed into that and know the storyline or followed it with intent.”

Conlan says he has no qualms about his reaction and holds no grudge towards Nikitin.

“He’s always been nice. He’s boxed on my undercard a few times and he’s always helloing. It’s not personal, maybe more so for him. He came over today [before their public workouts] and shook hands but his career is remembered for a controversial win over me rather than him being a medallist in the Olympics so for me it’s just business.”

Conlan has never shied away from that experience and instead used it to spur on his professional career where he remains unbeaten after 12 fights, seven of those coming by way of knockout.

In fact, the 28-year-old is already the number one contender for American Shakur Stevenson’s WBO featherweight belt which means this fight holds more risk than reward. Paradoxically, Nikitin, in only his fourth professional bout, has a lot more to gain and little to lose.

“It’s going to be his world title fight, it’s the be-all-and-end-all for him really and he has a lot riding on it so I’m prepared for the best Vladimir Nikitin there’s going to be.”

“It’s something I’ve been looking forward to and that’s motivated me a lot in this training camp because I know, not necessarily because of the decision, I just know how tough he can be so it’s made me train that much harder.”

‘The Garden’ has become a home away from home for the former World and European amateur champion and he expects to draw from his loyal fan base to get him over the line but only sees one outcome.

“No matter by hook or by crook I’ll get the job done and I’ll do it dramatically too.”

The fight is part of a live ESPN broadcast where WBO welterweight champion Terence Crawford defends his title against Egidijus Kavaliauskas in the evening’s main event.

This article first appeared in the Irish Times on December 13, 2019. To view the original version, click here. 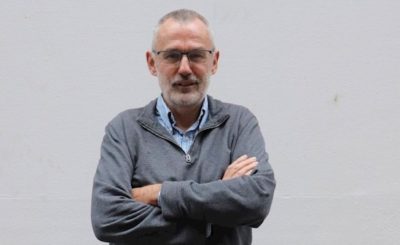