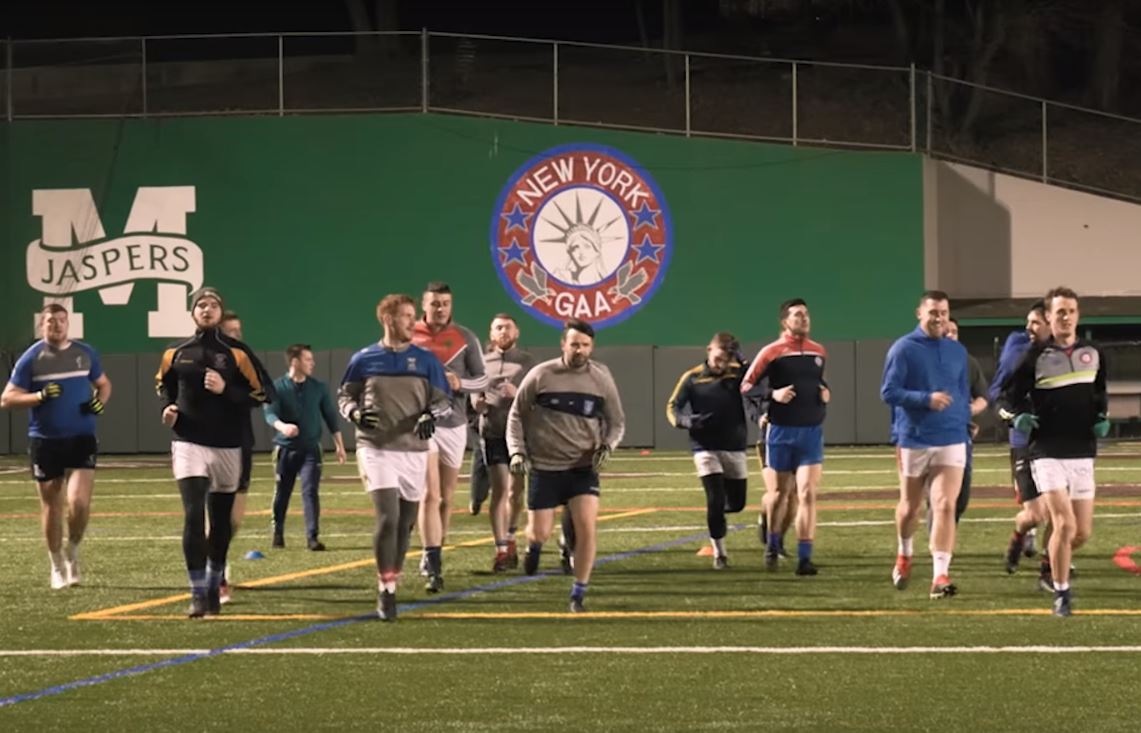 By every metric the task for the New York GAA all-stars this Sunday (May 5) at Gaelic Park in the Bronx is daunting.

Mayo, a seasoned team with an array of all-stars, have contested two of the last three All-Ireland finals and coming off the back of a National League Division 1 title are taking on a New York outfit who have yet to win a Connacht Championship game since first entering the competition in 1999.

The new Gaelic Park clubhouse, which was supposed to be open last March, will only begin construction after the game and up until two weeks ago remnants of the old building were still standing.

Naturally, it would have been a great showcase especially with the extra hype going into this year’s game but for me, I’m glad it isn’t finished. It’s given me a chance to reminisce with some of the elder statesmen I’ve met coming through the doors like New York GAA Chairman Laurence McGrath, Seamus Smith, Johnny Phelan, Tom Fahy and others who have been so welcoming to this new immigrant.

Gaelic Park’s history, meaning, and value to the wider Irish American community can never be underestimated.

And it’s that glue between young and old that will ensure the longevity of the New York GAA and our games here. As an eminent historian Daniel Boorstin once said, “Trying to plan for the future without knowing the past is like trying to plant cut flowers.”  There are few cut flowers in Gaelic Park.

The clubhouse is very much a metaphor for the senior team and New York County as a whole — building for the future.

The plans have been put in place, the cobwebs have been blown out and it’s now time to test the fruits of our past few months’ labors.

Admittedly, I was a late arrival to the New York all-star panel this year, yet there’s something new and invigorating about entering a dressing room filled with a vast array of Irish accents juxtaposed with some native tongue.

It is a unique blend but we are all one community now.  We have embraced our immigrant status.  We are a conglomerate of Irish exiles going into battle against the mighty Mayo.

It can take some of us 90 minutes to get to training, three times per week. Training kicks off at around 7:45 p.m. and it’s closer to 11 p.m. by the time I make it home to Queens from the Bronx. Some are even commuting from Connecticut, but we wouldn’t make the journey if we didn’t think we had a shot at slaying the Mayo beast.

It is a challenge every player is viewing as a fantastic opportunity, and I can see it in the players’ eyes every time we take to the Gaelic Park field for training. We have little to lose and everything to gain.

If we get hammered then so be it, but there’s a chance for this New York side to cause what would be the biggest upset in Gaelic football.  If that doesn’t motivate us, I don’t know what will!

The hype and the build-up is to be embraced, but even tactics can go out the window on any given Sunday. It’s the age-old cliché of “the better team on the day” and whoever wants it the most who will be coming away with the spoils.

You would think that home advantage is just that, but I’ve been informed by Yonkers teammate Shane Hogan, an Irish American who has been playing Gaelic sports since he was five years old, that this fixture is far from a home game. The expected 6,500 capacity crowd could well be a 50/50 split in terms of support, and the Mayo fans both locally and those traveling from Ireland for the weekend are expected to be that bit more boisterous.

That, of course, could put us on the back foot, but forewarned is forearmed and we’ll be expecting it.

I’m sure Mayo have been training on a similar artificial surface to ours, but Gaelic Park is unique in that the subway trains run along the scoreboard side, intermittently screeching to a slow grinding halt. And, due to the pitch being shared by Manhattan College, the different color lines are anything but helpful and still even confuse me.

The important thing is not to be fazed by the size of the task at hand. Mayo will be physical and we are more than capable of matching them in that department, and having nothing to lose gives you that freedom to play with abandon.

If we can keep tabs on Mayo and be within touching distance heading into the last 15 minutes then the pendulum of pressure goes into overdrive for the boys from the west.

While New York is an inter-county team, it has the feel of a club setup. We lack the huge backroom structure that Irish counties (and some clubs) now have, but that’s not a complaint. It’s the way it is and we get on with it and that’s the end of it.

Even still, I know from playing with my own club Nemo Rangers in Cork that by this stage of the year club teams are prepping for their opening championship games and will have gone through preseason competitions, league, and challenge games.

For New York, none of that is possible. It is undoubtedly the single biggest problem we face as there are no teams we can play against.

In the past few seasons, All-Ireland club champions Corofin, Donegal, and Cavan have traveled to Gaelic Park to play New York before the annual Connacht Championship opener at Gaelic Park.  For whatever reason, that hasn’t happened this year and I’m not sure how it can be rectified going forward, but games are an invaluable component to championship preparations. We’ve played plenty in-house, but you can’t beat playing against opposition you don’t know.

Irish boxers Michael Conlan and Paddy Barnes popped up to us a few weeks ago, and just last week former rugby player Tommy Bowe and a film crew, (drone n’ all) followed us around.

Drawing from his own illustrious rugby career, Bowe compared our task to Ireland’s 111-year struggle in beating the All-Blacks. That feat was finally accomplished after 28 previous outings in 2016, but while Bowe was retired by then, he knew that the lessons the team learned from previous defeats were crucial learning curves to the eventual win – especially the 2013 decider when Ireland were ahead and in control.

The same goes for New York on Sunday. Win, lose or draw the lessons learned will be another building block, and it’s only a matter of time before we slay that beast.

This article first appeared in IrishCentral.com and the Irish Voice on May 2nd, 2019. To view the original version, click here.