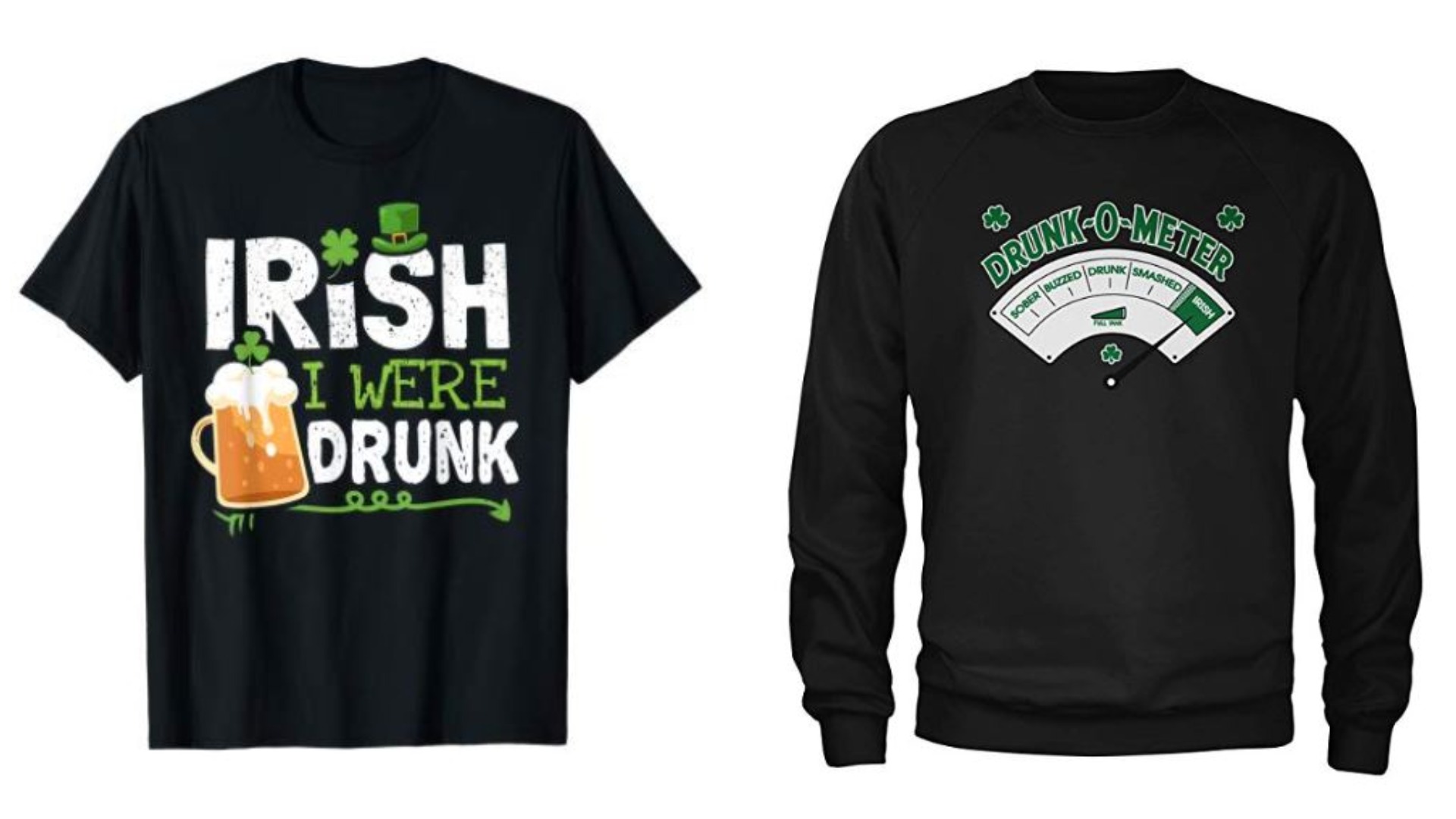 Amazon has removed items from their store deemed offensive to Muslims, An American Irish group has requested they also removed offensive Irish products but is there an argument to the contrary?

Amazon’s recent decision to remove items deemed offensive to Muslim Americans was well noted by Irish groups who have asked the company to show similar respect to Irish heritage and remove goods perpetuating defaming Irish stereotypes. However, many Irish Americans may disagree.

The online retail giant removed up to a dozen products which included doormats, bath mats, and other items imprinted with Islamic calligraphy, references to the Prophet Muhammad and scripture.

Yet many Irish Americans wouldn’t be the slightest bit offended by these Irish drinking themed shirts.

In fact, the vast majority would view them as good-humored “craic” and the odd few would no doubt embrace them as a nod to our drinking prowesses.

Truth be told, you’ll likely find a lot of Irish people sporting these shirts themselves, especially on St. Patrick’s Day!

On the other hand, there are groups like Sober St. Patrick’s Day who do excellent work in detaching alcohol from Irish cultural celebrations.

In this instance, the First Amendment isn’t applicable to corporations the same way as it pertains to government.

Amazon is not a government entity and can essentially sell what it chooses as long as its items comply with the law.

Nevertheless, Amazon has its own market place and policy rules. Those policies include restricting “offensive and controversial materials”, for which Amazon has absolute discretion over.

Under the First, Amendment Amazon has the right to sell such items but has publicly chosen not to do so.

On its website, the company says that it “reserves the right to determine the appropriateness of listings on its site, and remove any listing at any time.”

On social media, conservatives regularly complain they are being unfairly targeted, censored or “de-platformed” compared to their liberal counterparts and the problem these companies face for not giving carte blanche to users is how they enforce their own rules.

From a corporate public relations point of view, it makes perfect sense for Amazon to ban offensive Muslim themed products as sales are so negligible it renders them insignificant.

Why should it be a defender of free speech or a bastion for the “market place of ideas?”

Further, why pick a fight with such a powerful lobby like The Council on American-Islamic Relations (CAIR), the nation’s largest Muslim civil rights and advocacy organization who were the main cheerleaders of the ban.

Despite the work of this group and the various family, culture and arts-filled events, the truth remains that many are going to indulge in a pint or two come March 17.

To be sure, we as a society have a history of alcohol-related problems but we are still renowned drinkers. This is just a fact.

There’s seldom a city in the world absent a tranche of Irish bars or Irish themed bars.

That being said, shirts like, “Irish Car Bomb,” which Amazon also sell via  a third party, blatantly offend and can cause considerable distress, particularly to those from the north of Ireland who have been affected by the Troubles.

After being contacted by CAIR amazon agreed to remove the offensive items. This shows no matter how big the retailer is, do not be afraid to raise complaints. #Islam #muslim #CAIR #teamwork https://t.co/a6wuwGP90h

In 1997, complaints from CAIR led to Nike removing a product from sale because of claims the logo resembled the word ‘Allah’ written in Arabic script. CAIR threatened a mass boycott of Nike products around the world but called it off following Nike’s decision.

Is it because certain groups hold more sway over others or in this case, does Amazon fear a Charlie Hebdo style attack for facilitating the sales of such items whereas it wouldn’t with others? (That is not to say CAIR has advocated such violence).

When Dylann Roof walked into a church in South Carolina in 2015 and murdered nine people in a racially motivated crime, retailers across the US, including Wal-Mart, Sears, eBay, and Amazon, decided to stop selling merchandise depicting the US Confederate flag, deeming it a symbol of hate after investigators revealed Roof’s social media and forum accounts contained dozens of images of him wearing one. 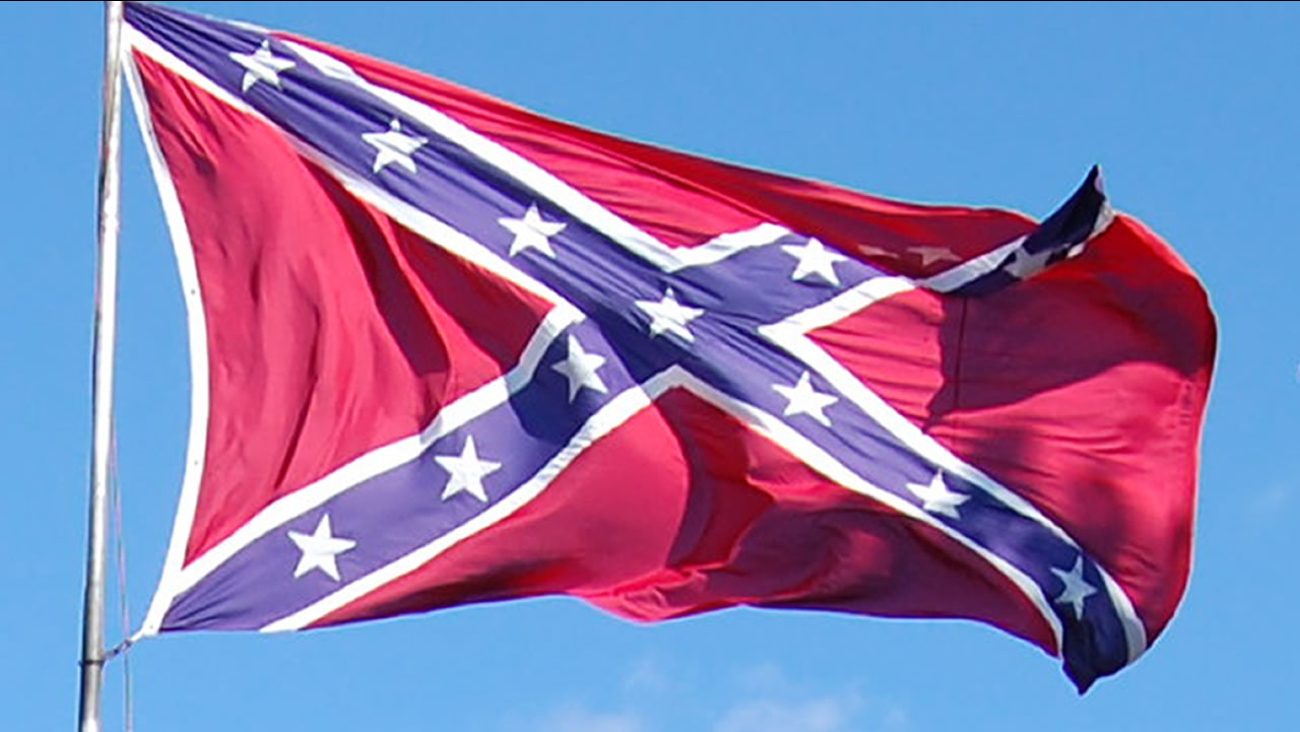 How does a symbol become completely transformed?And at what point does Amazon choose to ban one offensively perceived item over another? Who in Amazon decides and on what basis?

Certain things will offend someone and won’t the other, once we start banning materials the question must be asked, at what point do we stop?

Should Israeli bodies demand “Free Palestine” T-shirts sold by Amazon be removed if they deem them anti-Semitic?

Should sex toys, lingerie or pornography be banned if say the Catholic Church advocated it?

Censoring free speech sets a slippery precedent and one which Amazon has opted to ride on.

Moreover, in the name of combating racism and bigotry, Amazon now stands accused of enabling that of which it has declared to oppose.

This article first appeared in IrishCentral.com on February 6th, 2019. To view the original version, click here.