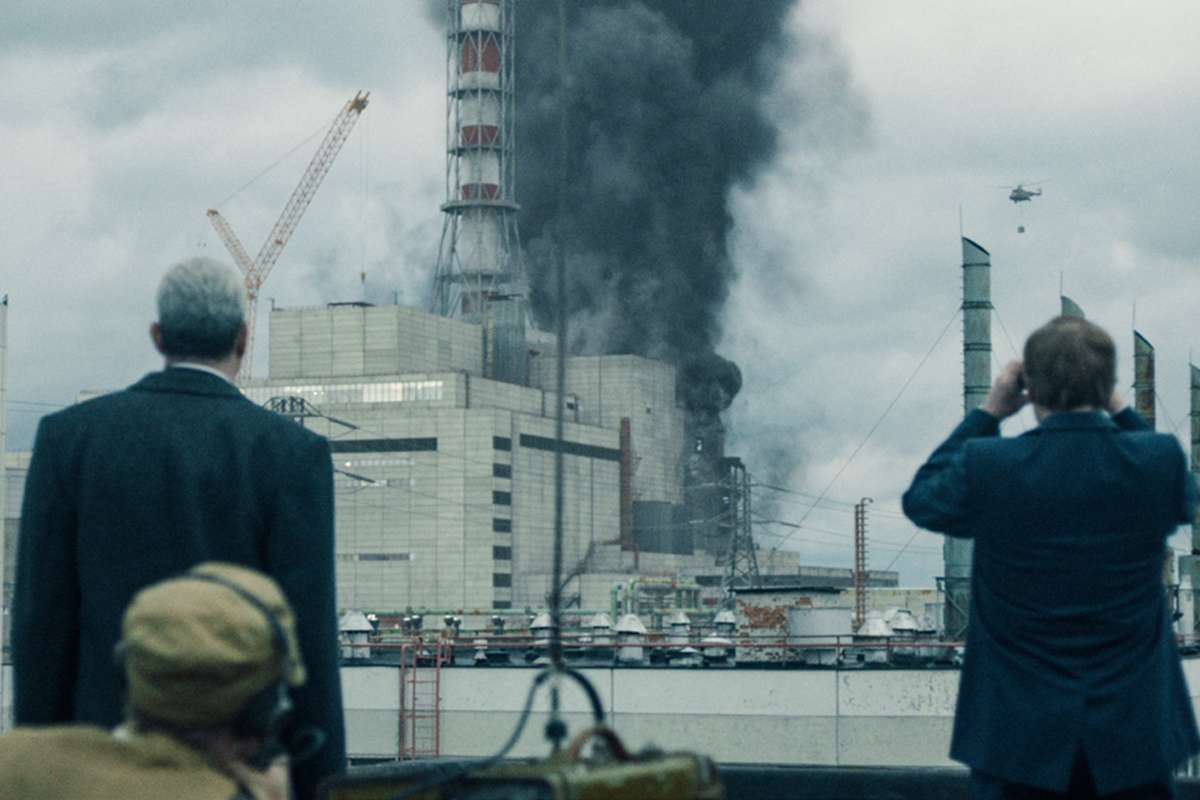 “Although 33 years have passed the job isn’t done and the tragedy continues to affect the lives, not only of those who were there on the day but of their children and grandchildren”

The Ambassador said that the Irish government has recently funded two-day centers as well as contributing €8 million in 2016 for a protective steel cover over reactor number four.”

“I believe that we need to continue raising awareness and the new HBO / SKY mini-series comes to remind us not just of the tragedy of the day but of the heroism of the day as well.”

The Permanent Missions of Belarus, Ukraine, and Ireland to the United Nations, in collaboration with Chernobyl Children International, hosted the event to honor the victims of the disaster and to recognize the cast and crew of the upcoming HBO and Sky mini-series “Chernobyl,” which tells the real “behind the scenes” story of the world’s worst nuclear accident.

“Chernobyl” dramatizes the catastrophe which released radioactive material across Belarus, Russia, and Ukraine, and brings to life the true story of the brave men and women who made incredible sacrifices to save Europe from unimaginable disaster.

“We can never overstate the value of what they did, but to a large extent this community of men have been forgotten, almost airbrushed out of history,” said Roche.

Holding liquidator officer Valerii Zaitsev’s medal pinned over her heart she asked: “But today, maybe it would be appropriate for the governments of Ukraine and Belarus to nominate them for a Nobel Peace Prize.”

“A sum of the radioactive elements that were released from the damaged reactor have a half-life of 25,000 years, and the impact of this shocking single nuclear accident, it can never be undone, the radioactive footprint remains embedded in our world forever and countless people still being affected by its deadly legacy shadowing into their lives for future generations, we call this phenomenon, ‘Chernobyl lineage.’”

“Sadly, Chernobyl’s ghostly specter continues to stalk across the generations, it’s in the land, the air, the water, in the DNA of all life,” added Roche.

In what was a deeply moving and poignant occasion, a message from President of Ireland Michael D Higgins was read out on what is now recognized as “International Chernobyl Disaster Remembrance Day”.

“The tragedy of Chernobyl prompted a remarkable spirit of human solidarity across the globe,” he stated.

“Ireland was one of the first countries to respond to the humanitarian crisis by providing support for and meeting the needs of thousands of Chernobyl’s victims. It is a hand of friendship we continue to extend to those whose lives have been affected, so many of them not even born on that fateful and tragic day.”

During the Chernobyl disaster, four hundred times more radioactive material was released than at the atomic bombing of Hiroshima.

Irish actress Jessie Buckley plays Lyudmilla Ignatenko whose husband, Vasili, was one of first responders to the explosion at the Nuclear Power Plant in 1986. He subsequently died at the age of 25 as a result of the lethal levels of radiation exposure and Buckley recited a testimony of Lyudmila Vasili.

Cast and crew members of the new series were in also in attendance including actress Emily Watson, Jared Harris, and director Johan Renck. Dublin actor Barry Keoghan also features in the series.

An exclusive 20-minute preview of the mini-series was screened recounting the liquidator’s brave efforts to contain the explosion.

Here’s a trailer for the new series:

This article first appeared in IrishCentral.com on May 3rd, 2019. To view the original version, click here.